This picture caused quite a stir on a Facebook group where I found it. As usual, you had all manner of opinions (mostly based on morality) being expressed by Nigerians. There were those who also spoke about “casting the first stone”, while some argued that the babes may just have been warming the seats and not the bottles. Your take?

Tony Anenih vs Sam Nda-Isaiah – Rumble in the Jungle

Since it is letter writing season, see here the recent bust-up between the PDP’s Chief Tony Anenih and Leadership Newspaper’s Sam Nda-Isaiah. Chief Tony Anenih had, apparently, taken exception to Mr. Isaiah’s reporting on certain issues concerning this administration’s management of the economy and their politics…not least of which is the recent nationwide alarm at the missing $49B and then $10B (?). So he wrote the newspaper columnist expressing his disappointment with his criticism of the government and his lack of support for President Jonathan. If you think Chief Anenih’s letter was a tad scathing, the response from Mr. Isaiah was a TKO…a professional sucker punch!

Is The President Aware That $10.8b Is Still Missing?

Papa and Me – A Tribute to Late Chief Francis Okpaiche

Papa was not only a father in-law, he was also a mentor in many respects. He was always very happy to see me. He would call out “Kunle, se oju e re?” He liked nothing better than to have us sit around the upstairs outdoor lounge (Papa’s balcony!) and chat over all manner of refreshments. Papa! I remember him saying – “We get good fresh fish…wetin make them give you?”  He would talk humbly about his experiences and end by ensuring he passed a message of encouragement or caution to you in sharing his own life’s lessons. He was an inspiration the way he showed love to his kids. He wanted everyone to be happy and do well. He was also a rock of support during our trying times. I would miss him greatly. Ojabugbe will never be the same for me.
Papa, I am comforted by the fact that you lived a good life and had the best of everything life had to offer in their season. You also touched the lives of countless individuals, and indeed, your community. Even in your last days, weighed down by illness, you were still completing a philanthropic project for your local Church! I was not present when you got your call to The Almighty, but even that was one that showed divine markings. At the appointed time, you went out amid songs of praises in the presence of your loved ones to be received by your maker.  You were an exemplary man and I am proud to have known you and to have drunk from your well of wisdom.
May your soul rest in peace Sir!
January 25, 2014 0

Just thinking about it, Nigerians have been through so much since pre and post colonial times that our wants are mostly now just basic. This is especially so as it is reported that 70% of Nigerians live on less than $1.25 per day! $2 per day up till the stupendously rich Dangotes dwell in the other 30%. Even the rich also cry, as they say. So you see, no one is spared some form of misery. The average Nigerian will easily say “nothing works here”.

So in answering the question “what Nigerians really want”, I will dwell on Maslow’s hierarchy of needs.
See image below. 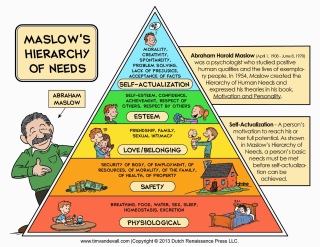 Bringing all that down to the basics for Nigerians, my answer is below:
To have a better life, live in an advanced and progressive society, enjoy good education, opportunities, security, social services, infrastructure, stability, No NEPA problems, schools never strike, no kidnapping, everyone is treated equally according to the law…no sacred cows, the system for law enforcement works, etc. APC/PDP, whichever of you gets in, just give us this. That is what the Nigerian really wants.

A friend shared this video with me this morning and I was absolutely blown away. Here is an example of an untiring desire to push the knowledge and technology barrier in a bid to help others around us. While folks like this mobility impaired guy here are barely tolerated in our own climes, some others are dedicating time and resources to make their lives better.

Are you one of the unbelievers that rate a G-Wagon’s off-road prowess over the Range Rover’s? Watch this Top Gear video of the 2013 Range Rover HSE eat up a monstrous military all terrain remotely controlled vehicle at the Nevada Automotive Test Centre. Beauty’s got some beast in her too.
Enjoy!

I have changed jobs at least 5 times in my lifetime. Not all the places I have worked at have been pleasant. In fact, I’m back working at the place where I felt the most bitter and had the strongest desire to leave. Why did I return? The conditions changed. Never say never. I ensured I kept respect for my colleagues and management all through and after my transition to the next job. My network of friends and ex-bosses also helped in understanding the opportunities that presented themselves to me and the “new” work environment I would be returning to. What I am saying here is, never allow sour grapes burn your bridges, because you never know…
Here is a transcript of a Facebook post from an ex-colleague who got the short end of the stick. This was his public rant on the last day of his tour.
Enjoy it!
SAN
____________________________________________________________________

XXXX XXXXXX
December 16, 2013
8 days notice, then I get told, stay positive, the motivation to start over needs to come from the inside, don’t be negative…Well here is my reply….Thank you for setting my career back by at least 7 years, no increase for 5 years they say, possibly no promotion in next 5 years, 15 years with them as loyal as can be, and this is how I am treated….lol what a joke…I will be looking out for some company out there that will appreciate someone that does not kiss an ass to get where he wants to be, but rather works for it. Yes I hope you see this you fat fuck, this is directed at you. This is me being the guy you thought I was, the impostor, the outcast, the one that does not network, but prefers to work his job instead of kissing somebody’s ass, and making others look bad so you can succeed!!! Everybody knows it, everybody is talking about it, no one has the balls to say it…I have nothing more to gain here by working here, so I’m leaving this place disappointed in a lot of people, disappointed in the company, yet going to miss the good ones.
Smitty signing off from Nigeria …hoping that my path would never cross those two faced asses again!!!
January 17, 2014 2 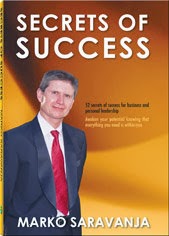 I recently read an excerpt from this book on Dr. Pat Utomi’s Facebook wall, and I just could not get enough. I found it to be full of profound truths and really practical lessons. I have placed an order for one copy. Until I read and digest all the 52 secrets in this book I cannot actually do a “book review”. So I’ll leave you with a summary from the author himself, lifted off the page of Regenesys Business School where he is the chairman.
Enjoy these 5 secrets!
SAN